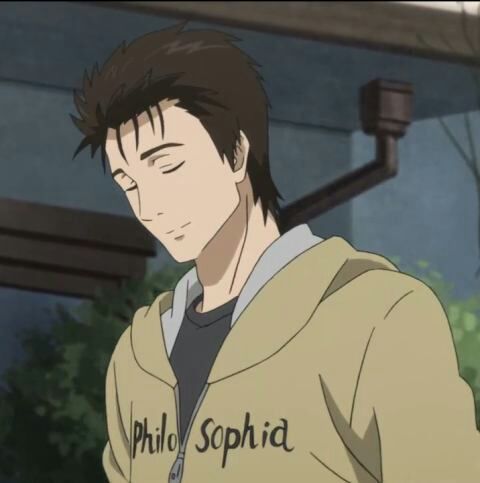 I recently binged the anime “Parasyte” after seeing it pop up on Netflix. I am pretty sure my freshman year roommate recommended it to me, but I never got around to it I guess. It seems to have flown under the radar, probably because it is not as intense or dramatic as some other anime. The story was definitely a “thinker”, not in that it was complex, but because it had at the center of it some profound questions.

The premise is that for whatever reason, there are “parasites” that burrow into human brains and control them. They end up killing (see “feeding”) on other humans. However, the parasites once they were “born” had only a short time to get a host. Some failed and died, some failed to get to the brain and took over the nervous system and whatnot of other parts of the bodies to survive. In the case of our main character, one failed and took over his right arm.

The parasite that takes over the main character’s arm, Izumi, does not have any desire to feed on other humans since it just needs Izumi to feed it, which just means Izumi needs to surive so that his right arm gets proper blood flow. The central conflict in the show comes from the fact that Izumi is now able to be “spotted” by other parasites since each parasite gives off signals to other ones within a 300 meter distance. Furthermore, Izumi is aware that some parasites have taken over humans and knows the reason for many of the new murders. As a human, he feels it is his responsibility to stop the murders from taking place since he can do something about it.

However, his right arm, Migi, thinks otherwise. Migi is hyper-intelligent, like your standard sci-fi AI. However, it has no notion of “ethics” or “right” and does not want to be judged by the arbitrary human standards. Also, Migi has a problem with his host Izumi since humans are irrational and emotional, which increase the chances of them doing “stupid” things to die. Migi is supposed to be representative of the animal side of humans, but just as intelligent, lacking all emotions and morality. The only drive it has is survival of itself, not even of its species. The only feelings it has are ones related to survival.

Izumi meets another parasite. This parasite took over a teacher at his school. The teacher does not want to harm each other, they merely want to exchange information about what it means to be a parasite. The teacher also was trying out human things, such as sex with other parasites, raising a child, and even laughter. She was still looking at this as sort of scientific experience, “know thy enemy” and also “know thyself”. To fight someone unnecessarily would be irrational, so she sought to avoid it. This teacher was the first parasite that showed that maybe they were not just man eating monsters.

An incident happens that changes the story, Izumi is almost killed and his mother is taken over by a parasite. Migi saves Izumi by merging part of his body with his heart and internal organs. Izumi gains superhuman physical abilities because of this. He goes on a journey to find his mother’s host parasite and kill it, which he does. However, in the process, Izumi realizes that he is starting to become “less emotional”, less human even. He thinks it is because the small parts of Migi, which Migi cannot even control, have become part of his brain. Not enough to take over, but enough to influence.

The story continues on, as the fight between humanity and parasites continues. We learn that the reason the parasites seem to have been made is because humanity is poisoning the planet, and these parasites are a way to cull the humans. The teacher parasite ends up abandoning her parasite nature and somehow converting to a human-like personality, to actually love her new baby, even dying for it.

There were a few central themes to this show that constantly popped back up. The teacher parasite would continuously grapple with similar existential worries. To her, it seems that humans were born with no directive, they could do whatever they want. When the parasite came about, they were born with the directive to kill humans. However, the teacher realized she could live off of human food, feeding on humans was extraneuous to survival. She never really figured out the answer to this question, but as she was dying to save her baby, she finally felt that this was an answer. What she means is unclear, but what I can assume is that she found her existential meaning in life in being a mother, and that was enough to her. Something to live for that goes beyond mere living.

Another central question was sort of the central questions of animal and environmental ethics. What is our moral relation to animals and our moral relations to the environement? The parasites sort of represented eco-fascists, the culling of humans is justified for the environment. Migi constantly brings up how animals feed on each other, humans feed on animals, so it is not wrong that parasites feed on humans. However, Izumi refuses to accept murder as feeding.

To care about animals and the environment does not mean that it needs to morally matter directly, that we have direct moral relations to pigs and forests. Izumi does not deny that there is value to them, however, he admits there is something special about humans. Formulated in a less Kantian way, Izumi describes the special part of humans is our “unwillingess to kill”, the respect for human life. Another character asserts “no human would kill a baby”. These are not empirical facts, they are “moral facts” (I know this probably not what most philosophers mean with moral facts, maybe it is I don’t know). What I mean is that to be a human is in some sense to respect this. A serial killer is no longer “human”, they are no better than the parasites, because they have abandoned the respect for humanity.

As Izumi fights these parasites more and more, he seems to forget his humanity. Fighting these parasites is sort of like grappling with these philosophical problems. At some points, you get caught up in things and start to thinkmaybe you are wrong. However, Izumi eventually pulls through at the end, and has a newfound respect for what it means to be human, to live. His right hand Migi goes through a similar philosophical crisis. Migi ends up hibernating at the end, to contemplate all the events of the show. In particular, he wanted to understand why the teacher parasite would die for her baby. Izumi went to rediscover his humanity, to strengthen his belief in the value of humanity as priceless, while Migi had to discover his humanity.

The show also gets at something else I have been thinking about lately, which is how to reason about some moral theory versus another. What makes the animal ethics versus the environmental ethic versus the human ethic true? All of them have some plausibility and correctness to it, but they compete and contradict in profound ways. There is a sense in which there can be only one system of ethics, that holds for all humans. At least, in most anime, this is the case. The hero usually grapples with the villains own system of morals and tries to prove them wrong, either by beating the shit out of them and then talking to them or just talking to them.

I think one way to think about it is going deeper into the metaphysical and epistemological beliefs, or just the “philosophy of thinking” in a general sense. For example, Kant’s first critique is where he discusses natural science and mathematics, his second critique morality, the third critique judgment and aesthetics. To me, it seems that the animal ethic and the environmental ethic use judgements and truths of the first critique to count as morality, a misuse of thinking. Yes, we are part of an ecosystem and yes we are animals that feel pain. However, morality resides not in the first critique, which is our use of thinking for making objective judgments of the world. A similar thought I have is that utilitarianism and virtue ethics are in the third critique, meaning that the reason virtue ethics and utilitarianism is not a system of ethics is that they belong to aesthetics and not ethics.

In other words, the story could be seen as a way for Izumi to come to the realization that what matters morally is the value of humanity, not these scientific facts. We are not just animals, we are humans who have responsibilities.

For more on the animal ethics argument,I wrote a paper on this, and so did Helga. I think the views are similarly lined up. Mine is a response to Korsgaard’s new book Fellow Creatures, while Helga is responding to Korsgaard’s earlier writings and many other Kantian positions and challenges to Kant.

For more on the “misuse of thinking” part, I have not written anything up on it yet substantially.